WHP vs HP: Which one is more precise parameters?

Engine power is one of the prerequisite parameters to evaluate engine and vehicle quality. Usually, the strength and weakness of the motor are expressed in terms of HP – horsepower.

However, people also often use WHP vs BHP to refer to engine power. Then what are they? Today’s article will explain in detail their definitions and the differences between them.

HP is written in total horsepower. It is a unit to indicate the output power of the engine system, and it affects the rotation speed of the wheels. The higher the HP index, the greater the energy generated and the maximum speed of the vehicle.

How To Calculate Engine HP?

Manufacturers calculate engine power based on parameters: displacement, stroke, and RPM. But to be more precise, they usually use BHP and measure with a brake-type dynamometer. This device will measure BHP at the flywheel position of manual cars and the flexplate position of automatic cars.

However, the power generated by the engine will be reduced partly by friction when transmitted to the wheels. Therefore, we need a WHP to represent the actual energy received by the wheel.

WHP stands for Wheel Horsepower. As the name suggests, Wheel horsepower is the wheel’s energy from the engine (HP). It is the actual energy that drives the vehicle forward.

Power is reduced due to having to pass through many components such as flywheel, camshaft, driveshaft, differentials, and wheels. Therefore, WHP is always about 15-20% smaller than HP/BHP.

How To Calculate The Car’s WHP?

You can easily measure your vehicle’s WHP thanks to a dynamometer. The device is attached to the car and calculates the WHP based on the PAU (Power Absorbing Unit) and roller parameters. However, some devices measure WHP based only on the inertia force of the roller. You can find these WHP testers at auto shops.

HP Vs WHP: What Are The Differences? 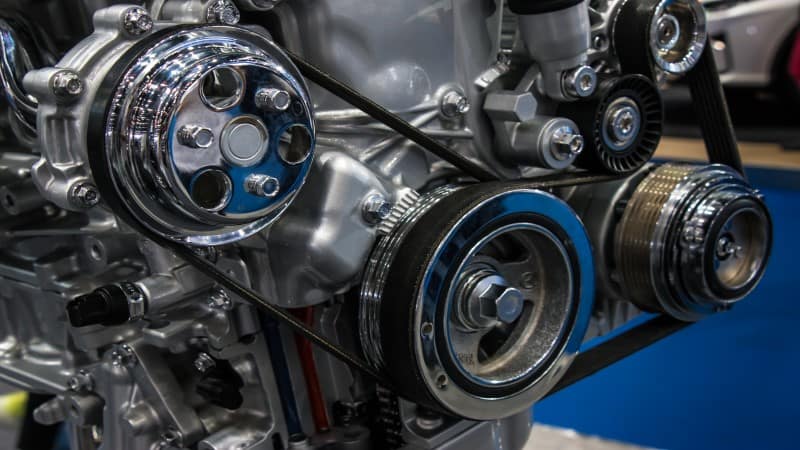 Both HP and WHP refer to energy, but their meaning and calculation are different. If HP tells us the engine’s efficiency, WHP tells us the actual power used for the wheel. Also, the summary table below will help you better understand the difference between HP and WHP.

Manufacturers now use Brake Horsepower (BHP/HP) as a standard to indicate the capacity of a vehicle. This indicator is standard in both sports and commercial vehicles. Therefore, the engine performance parameter of a car that you often see is mainly in HP.

However, you should know both parameters and how to convert between them because each metric has its meaning. If HP tells you the engine’s power, WHP will tell you the wheels’ actual kinetic energy.

Furthermore, with the older models of Chevy, HP and WHP have a linear relationship with each other. Therefore, if there is a discrepancy between the theory and practice of these two parameters, then you can deduce the cause is either engine problems or transmission problems.

How To Switch From Hp To WHP

When manufacturers give the power engine rating, the energy that the engine can produce is calculated in HP. However, that is not the actual energy the wheel receives to create motion.

The reason is that the HP index has not subtracted the drivetrain power loss and friction force. So you need to know how to calculate or convert between HP and WHP.

X is the percentage of energy lost during transmission, and X is usually in the range of 15-20%.

For example, the power generated by the engine is 300HP, and it loses 15% of its kinetic energy when it is transferred to the wheel. Thus, you only need to apply the formula to calculate the wheels’ energy as WHP = 255.

On the contrary, if you measure the WHP index, it is easy to calculate the HP when substituting into the above formula. Through this calculation, you can also know if the car’s engine is having any problems.

Cause Of Drivetrain Power Loss

We already know that power is lost when transferring from the flywheel and crankshaft to the wheel. And we call it drivetrain power loss. Hence the difference between HP and WHP stats.

Energy loss is inevitable when trying to transmit over long distances. Therefore, we need to increase the engine’s combustion efficiency and limit the cause of energy loss. Besides internal reasons, factors from the driving environment also increase the percentage of power loss. The leading causes include:

Cold air will contain more oxygen than hot air. Therefore, when it is excellent, the amount of oxygen entering the cylinder will be higher than when it is hot, so the engine also achieves higher efficiency.

Besides temperature, altitude also affects oxygen levels. The higher the size, the lower the oxygen concentration. It means that your internal combustion engine cannot operate at total capacity when in high positions such as hills, mountains, and plateaus.

The most significant cause of the difference between HP and WHP is the failure of the transmission components. They are the main element of drivetrain power loss. Therefore, car manufacturers always have ways to optimize these parts to increase transmission kinetic energy.

However, over time, parts will malfunction and damage, making energy transfer no longer effective. Therefore, you need to check to detect and replace them regularly promptly.

We have just learned about the definition and differences between HP vs WHP. If HP shows the engine’s power, WHP will tell you the actual amount of kinetic energy the wheel receives after the transmission. I hope this article will bring helpful knowledge for you to apply in your travels.