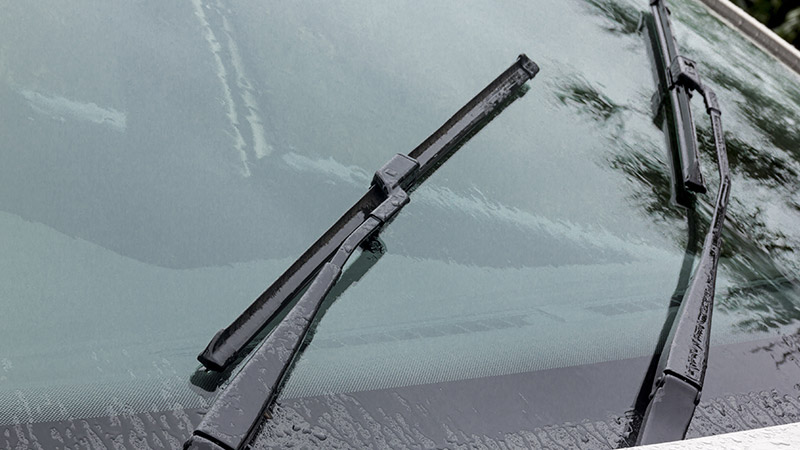 Windshields wipers are essential on the road, especially during heavy weather. However, windshield wipers tend to be in trouble such as being jammed in an upright position.

A windshield wipers not returning to a rest position could be an outcome of several reasons. It might be due to unclean Windshields or jammed transmission that serves as its controller.

Repairing this issue only takes a few minutes if you would just follow the guide properly below.

Furthermore, the procedure may vary depending on the vehicle model, thus we are only offering the simplest method that you could refer to.

Accumulated dust, leaves, ice, and other debris are the most common reason windshield wipers not returning to a rest position.

If you are in this situation, the only thing to do is to clean. Remove the leaves or scrape the ice from the windshield. You can use vacuums, brooms, dusters, or any cleaning material available.

Next is to get rid of accumulated dust and dirt that is stuck within the windshield and wipers for this also causes slow movement or misalignment of the wipers.

After that, try to bring the windshield wipers down carefully and see if it worked. If not, continue the process below.

Pull the latch from the inside of the vehicle to access the hood. Go in front of the hood, touch the underneath surface of the hood then feel the crack for another latch.

You should squeeze the latch as you lift the hood upwards. Hold for a second and put its rod to keep its place.
Check if the windshield wiper’s connection is intact or if it was stuck. Other vehicles have a different strategy on how to handle windshield wipers. It was better to read that first before trying to access the hood.

Pull off both Strip and Foam

In accessing the hood, you can observe a plastic strip and foam that lies at the edge of your windshield which could cause the windshield wipers to not return to their position.

As you let the line loose a little, get a flathead screwdriver to unscrew the bolts of the wipers. Continue the process of peeling the plastic covering from the transmission and wiper motors.

After the plastic strip and foam are removed, you can now clearly see the transmission. Adjusting the transmission helps you to bring back the wipers proper positioning.

Turn on your engine and try running the wiper repetitively until it sets in a resting position. Turn off the engine again, and proceed to hit the tab of the transmission.

Prepare a flat head screwdriver and a hammer or pliers for the last step. Attempt to hit the tab multiple times until the transmission can finally lock it.

Test the wipers from the inside of your car. Observe if the windshield wipers are moving smoothly and make sure it returns to a rest position after being used.

If the wipers are still faulty and do not return to a rest position, repeat the process of hitting the tab up until it functions normally.

To end, bring back the bolts and the hood to their places and you may now drive without disturbance.

Remember that a persistent problem with windshield wipers still occur, it might be caused by a faulty electrical system or other reasons. And you should need a mechanic to solve it.

A good car should also have a well-functioning windshield for proper navigation. Windshield wipers not returning to a rest position may be triggered by many factors.

You can utilize the procedure used above to fix the wipers. Do not force yourself or someone who is not a mechanic to follow the steps if unsure.

Annual car maintenance is still essential to keep your car moving and avoid further damage to any parts of the vehicle.